KATHMANDU, Dec 3: Nepal’s remittance inflow is expected to rise to US $8.5 billion, up from US $8.2 billion in 2021, according to the latest report of the World Bank (WB).

The report entitled ‘Migration and Development Brief,’ unveiled by the World Bank shows that the main drivers behind the growth in the remittance inflows are an increase in vaccinations and lifting of travel restrictions in the Gulf Cooperation Council (GCC) countries--the main destination for Nepali migrants—along with conducive conditions in these countries. According to the report, the flow of remittance to South Asia is expected to grow 3.5 percent to reach $163 billion in 2022, benefiting India and Nepal the most.

Remittance growth was aided by high oil prices (up to $98 a barrel) and employment opportunities in the construction projects for the FIFA World Cup 2022 in Qatar. Considering the importance of remittances in the Nepali economy, the government has offered an incentive of an additional one percent in interest on remittance-based bank deposits. In addition, the government has also increased the daily threshold for money remitted from abroad from Rs 1 million to Rs 1.5 million, and has permitted non-resident Nepalese to open foreign currency savings accounts in Nepal.

The multilateral lending institution has shown that the annual increase in Nepal’s remittance will be higher than the average of the South Asian countries. In the region, the remittance growth is expected to stand at 3.5 percent, while the figure in Nepal will be four percent. India’s growth in remittance earnings will be 12 percent, the largest among countries in the South Asian region.

With a notable rise in remittance earnings, the share of remittance to the country’s GDP is expected to rise to 22 percent in 2022. The statistics maintained by Nepal Rastra Bank (NRB) shows that the country’s earnings from the remittance stood at Rs 1.007 trillion last year, which made up 20.8 percent of the GDP.

Recently, Nepal has enjoyed some cushion due to an increase in remittance inflows. During the first three months of the current fiscal year (mid-July to mid-October), the receipts under the heading surged 16.8 percent to Rs 281.05 billion. As a result, the country’s balance of payments remained at a surplus of Rs 12.43 billion in the review period.

The WB’s report shows that Saudi Arabia alone employed more than 20 percent of Nepali emigrants, as of 2019.

Every year 400,000 Nepalis leave for Kuwait, Saudi Arabia, and the United Arab Emirates. Since 2010, every fourth Nepali has left for Qatar. In East Asia, Malaysia and Thailand are emerging as popular destinations for South Asian low-skilled migrants.

Prakash Kumar Shrestha, executive director of NRB, said an increase in remittance earnings is a positive sign for Nepal’s economy. According to him, it will enable the country to mobilize more financial resources along with easing the liquidity crisis of banks.

The WB, however, has cautioned that remittances to Nepal are projected to decline by 5 percent with the conclusion of construction projects related to the World Cup. Emigrants from Nepal will be affected by the high temperatures in major destination countries, including Qatar, Saudi Arabia, and the United Arab Emirates. The diagnostic suggests a diversification of host countries for migrant labor away from the GCC countries, the WB report said. 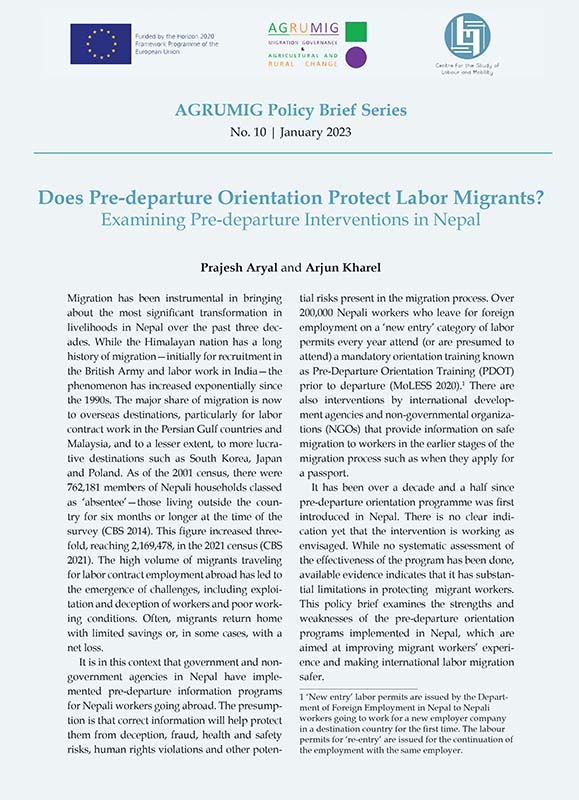