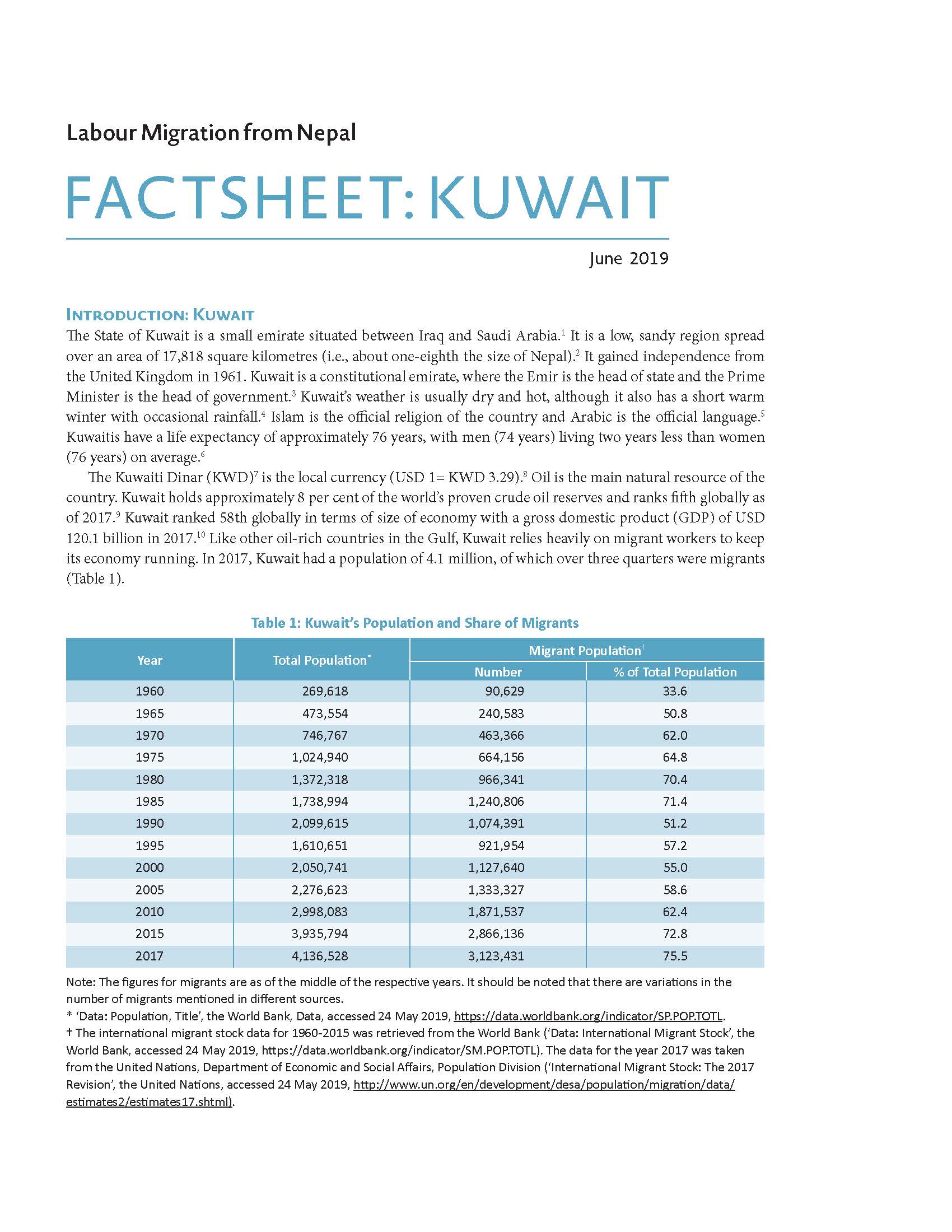 Published by: CESLAM and Foreign Employment Board

As per the data from the Department of Foreign Employment, over 170,000 labour permits have been
issued for Kuwait in the last two and a half decades (Table 3). The highest number (24,575) were issued in 2011/12, with women making a little more than half of the total migrant workers in that year, making Kuwait the only destination country for Nepali migrant workers where women constitute such a large proportion.